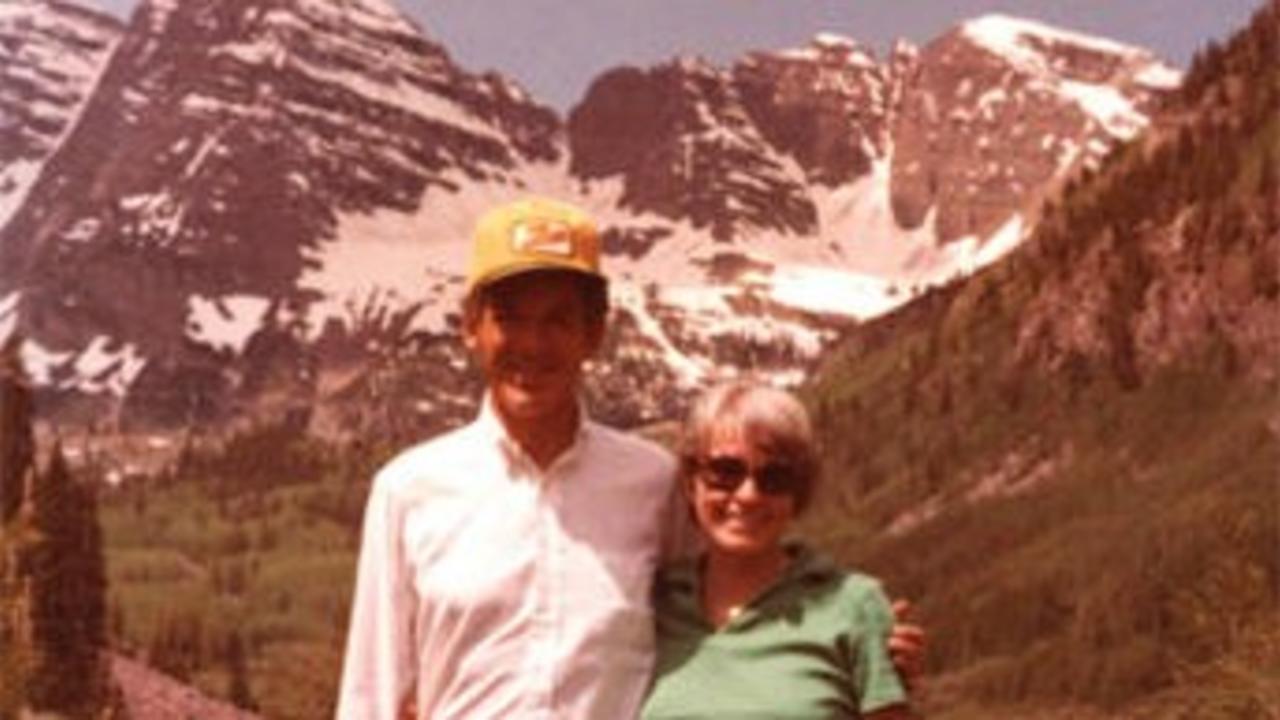 Getting Acquainted with Bill Thetford

Bill Thetford’s star is on the rise; from every quarter there is growing interest in him. Those fortunate enough to have known him can attest that he was brilliant, sophisticated, gracious, and charismatic.  He was also a shy and private man and revealing himself publicly was the last thing he cared to do.  Now it seems that without the constraints imposed by association with the body and “personal mind”—his conditioning—he is desirous of being fully available even now to all who turn to him for help.  As I pressed the send button to announce the imminent arrival of Never Forget To Laugh, I felt a noticeable shift occur as if Bill’s consciousness had become more perceptibly omnipresent; our dear friend Bill has more to say!

Bill was secretive and deliberately compartmentalized, often keeping various aspects of his life unknown to other friends and colleagues.  He joked in his earlier days, “Keep your life a muddle and no one will ever know what’s going on,” as if “being known” was unacceptable.  The Course addresses our fear of being true to who we are and Bill was no exception.  He was exceptional, however, in his dedication to practicing forgiveness and changing his mind about his long-held belief in the need to hide.  By life’s end, Bill’s inclination toward secrecy had loosened greatly, though he remained an introvert despite his high-profile career and affiliation with the Course.

Although he was inclined toward secrecy, people most often described him as open, authentic, warm, friendly, unassuming, gentle, and intensely sincere.  Almost everyone was disarmed by Bill’s transparency, which was profoundly effective.  One might ask how transparency squares with being secretive and there is an easy answer.  He felt the need for privacy at the human level and to keep secret his thoughts and actions, but he could never hide his energetic presence.  The unalterable truth of him, his  loving reality, was always apparent.  From Chapter Fifteen:

The word Bill’s friends most often used to describe him was presence. Although inadequate, it is the closest available.  Something happened around him; one felt lighter, more expansive.  Some expressed it as a calming and radiant quality; others said it was like the room became electrified or filled with an exuberant energy. In any case, it was a great influence in people’s lives and left an indelible mark.

A transmission happened on an energy level and gradually filtered through form in whatever way was most appropriate.  This was not done with conscious intent and people were often at a loss to describe their experience.  They simply wanted to be near him, to be close to him.

Another characteristic universally known was Bill’s unrivaled sense of humor.  He could be simply hilarious; his ability to pun, to play on words, was legendary.  No matter his devotion to the Course and its message, he could still see it from a larger, and very funny, perspective.  He laughed at the absurdity of life and found nothing too sacred for his lighthearted touch.  To him, it was all amusing—his work, the science of psychology, people, situations, or sex.  He closed many a conversation with a smile, saying,  “I know it’s hopeless, just not serious.”  During the time the Course was being scribed, Bill was co-editor of the Journal of Abnormal Psychology and periodically rejected articles on the grounds that they were “not sufficiently scientific.”  Of course, he found this situation ridiculous and very humorous.  Though he laughed at situations, he never laughed at people and always gave any person who asked for help his heartfelt and undivided attention.

Out of the array of notable qualities ascribed to Bill, one of the most remarkable was his genuine humility.  He avoided the limelight and never flaunted his brilliance or vast store of knowledge.  Rarely  did he give unsolicited advice and, when he did, it was always kindly given and uplifting to the individual.

Along with presence,his marvelous sense of humor, and his humility, Bill was always accepting and supportive.

Within the light of Bill’s acceptance, frantic or mindless thought could settle down, accompanied by a deep sense of relief.  Imagine no need to defend, impress, convince, or dominate.  People relaxed in his presence. Bill’s acceptance had the instantaneous effect of orienting people to their own innate value, and the expansion was automatic.

Not only was presence Bill’s most oft-noted characteristic followed closely by his unparalleled sense of humor, he was present during the writing process.  Periodically we carried on a dialogue.  Often I would “check in” with him about what should be revealed in the book and what would remain private – privacy not for him, but in consideration of others still living.  I was dedicated to being truthful, yet respectful of everyone mentioned in the book.  As I neared completion of this work, I somewhat facetiously asked, “What’s the name of your book, anyway?” and distinctly felt the answer, “You’ll know when you get to the end.”  I countered that I was almost at the end and immediately got, “But you’re not at the very end and when you get there, you’ll know what it is.” Acknowledging that “almost at the end” is not he same as “the end,” I continued.  With no forethought on my part, the last sentence of the book concluded with, “and never again will we forget to laugh.”  Instantly the words jumped off the page and I knew that was the title of the book.  This was definitely a collaborative effort and Bill had been coaching throughout.

Just as Bill gathered a “family” to himself to support the last ten transformational years of his life, from far and wide he is now gathering in his “flock,” from those dissatisfied with their lives, looking for a better way to live, to Course students willing to re-dedicate themselves to walking his path of forgiveness.  And, as he made abundantly clear, it’s definitely a path worth walking!

To download a free copy of Carol's latest book "The Best Guide Ever to A Course In Miracles" visit https://www.carolhowe.com/p/ebook